Aarib people have roamed throughout the Sahara desert since their ancestors came westward from the Middle East, bringing Islam to Africa with them. Their musical tradition Chamra is a reflection of this nomadic heritage, and as the nomadic lifestyle has been irrevocably changed by external factors such as the creation of borders among Saharan countries, Chamra music survives as a remnant of a nomadic past. Chamra music is traditionally outside the nomadic encampment by a circle of kneeling Aarib men, swaying, clapping, and chanting around an Aarib woman dancing among them, driven by the pulse of the beating Guedra drum. The Guedra drum itself is nomadic in nature, made from the same pot used to cook dinner, after it has been cleaned and covered by a goat hide. The female dancers are typically unmarried women whose performance traditionally served to court male suitors.

As the Aarib people roamed across the great Sahara desert, over the half century they have migrated into sedentary communities, whether it be outside of Timbuktu in northern Mali or within the town centers throughout the oases of the southern Draa Valley like M’hamid El Ghizlane and Tagounite. This has changed how Chamra music has been performed, and now performances typically take place at joyous occasions (farah) such as weddings or baby-naming ceremonies (usboa’), or at festivals or community events. 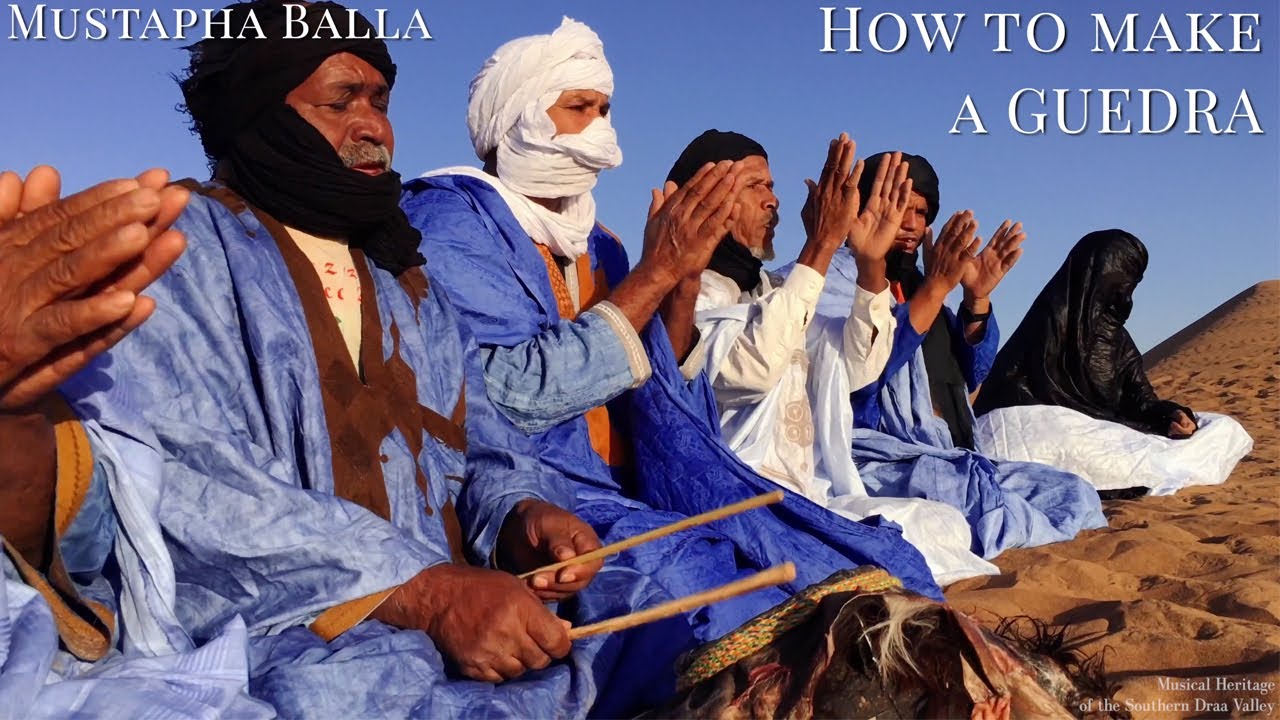 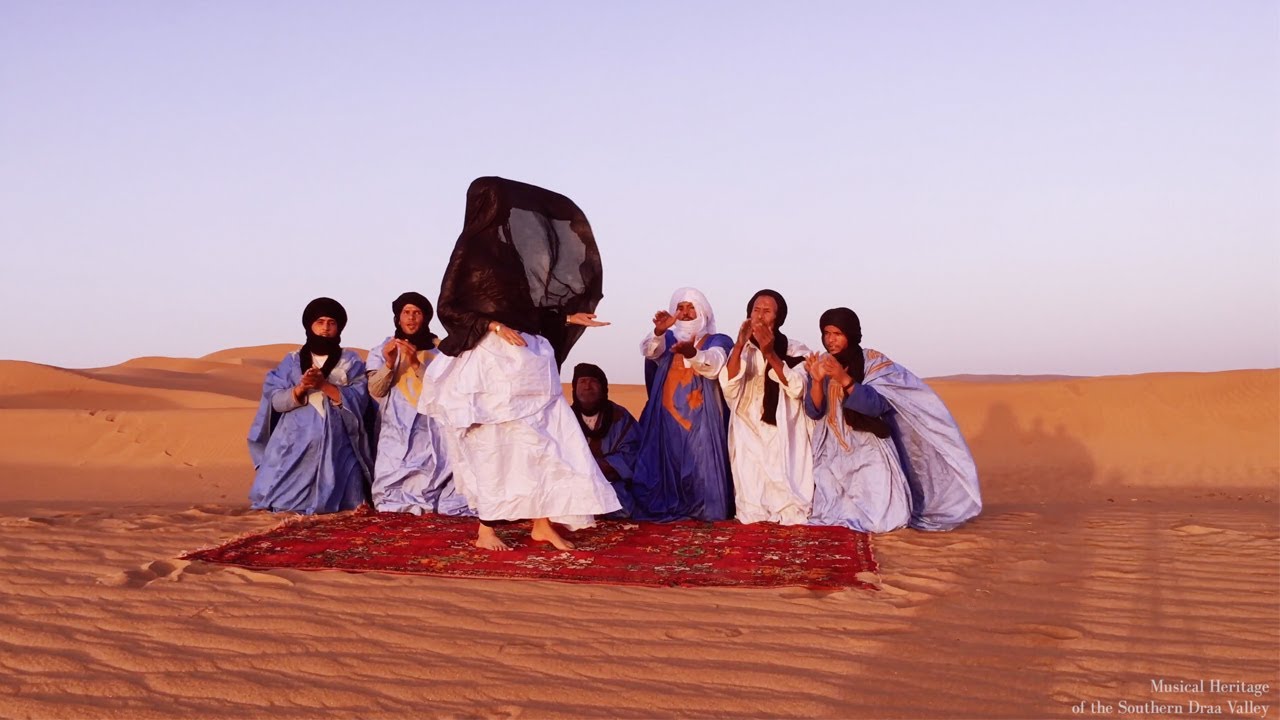 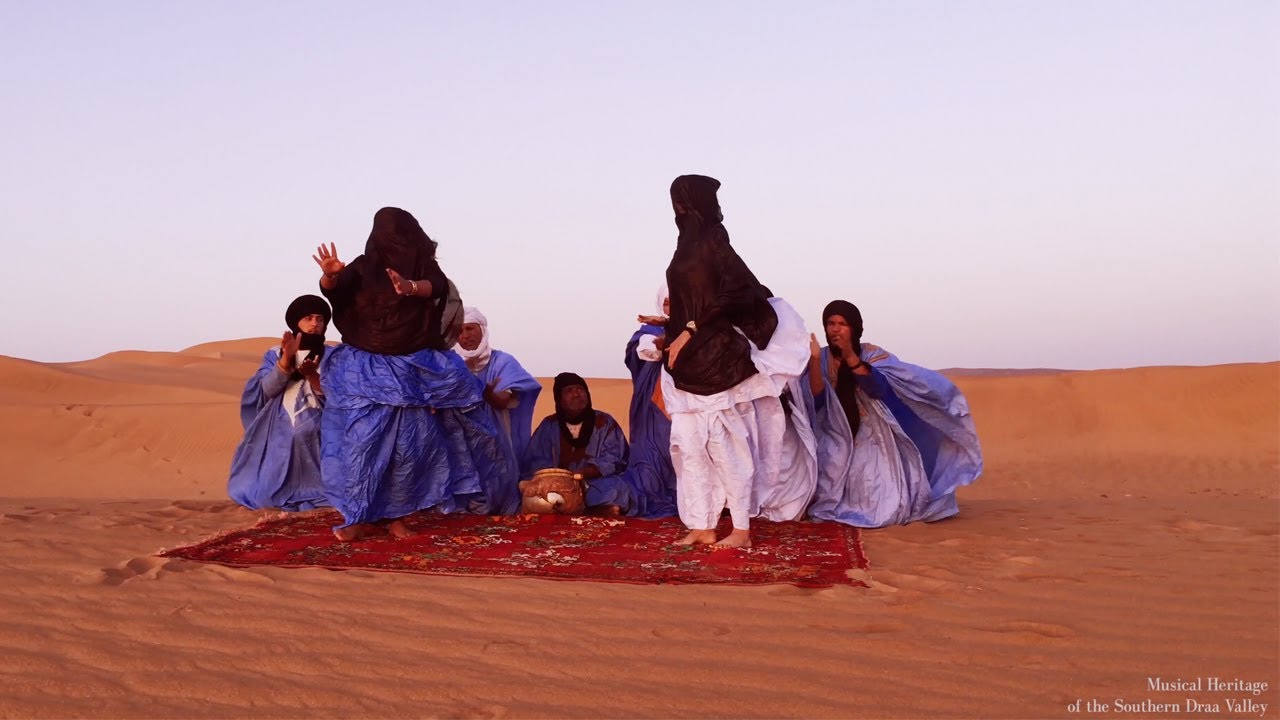 Chamra music is uniquely nomadic. Everything from the instruments played, to the symbolism of the dance, to how and where Chamra music is played traditionally comes from nomadic heritage. For myriad reasons, the nomadic lifestyle is dying and most of the Aarib people now live in town centers across southern Morocco, predominately in the town center of M’hamid el Ghizlane. We highlight Ksar M’hamid el Ghizlane here for its history and location as a place where Aarib nomads would first encounter in the M’hamid Oasis.